Thanks so much to the awesome illustrator of all of my award-winning books, Kalpart Illustrations, for adding the newest awards to the cover.

I am always very happy to have my books “judged by its cover”!!

Meet David, one of my “Classroom of Kids,” who manages his ADHD with the help of classmates. Friends from previous books are featured. In fact, David has been part of the class for a long time! The book has received a Gold Medal in the Book Excellence Awards, two Silver Medals for both Children’s Early Readers and Poetry from Feathered Quill Book awards, Winner of Barefoot Librarian Award as well as the Silver Medal for Early Readers from Reviewer’s Choice Awards and a Pinnacle Achievement Award!

I have been corresponding with a FB friend, Bastian Greve, who is an author and poet and lives in Germany. He expressed interest in how to purchase a couple of my books for his children.  (The Golden Rule and My Little Angel)  Having discovered that amazon won’t send books or ebooks to Germany, I decided to mail the books to Bastian.

I hope you can imagine and share in my delight to discover that two of my worlds were meeting.  I am also a the author, along with my elementary school teacher daughter, of seven published and internationally performed plays for grades K-6 which have been produced in over 23 countries…

Here’s some of the string of our conversation:

I immediately shared this exchange with my daughter, Kerry Gallagher, and we were both so happy to get this feedback.  If anyone is interested in the other plays as well, they are all available at Lazybee Scripts…

A brief reminder of one of my best-selling books, Peter and the Whimper-Whineys!

Is social distancing affecting your children?  Is your child whining more than usual???

Here’s a fun way to stop that whining!!

Read Peter and the Whinper-Whineys to your child, using your normal voice for the story but WHINING every time Peter or the Whimper-Whineys are whining… Your child will get the message!!!

Tristan and Kallista love my books…

Peter and the Whimper-Whineys was a 2011 USA Best Books Finalist as well as a Bronze Medal Winner in the 2011 Readers Favorite Awards.  (This was the first year I started entering the Award Contests… Now my awards total 85… I’ve been very fortunate, and am very grateful…)

By the way, this story of Peter and the Whimper-Whineys is based on a story my mother told to me and my brother when we were little (a very long time ago!) and passed down to our children.  I audio-taped (see how long ago this was?) her telling the story, and then put it into rhyme (my favorite thing to do) – and eventually it was beautifully illustrated by Kalpart Illustrations (as are all my books) and published by SBPRA... Now, thousands of books later, the rest is history (and lots of whining has been stiopped)!!

So thrilled that David’s ADHD is now a Story Monsters Approved Winner, affording it authenticity and quality for Children… and now included in Story Monsters list of approved children’s books in Health and Wellness.

I sincerely hope this book will bring understanding and acceptance to all those with ADHD, including classmates, teachers, friends, and family!

I know it was said that Sherrill S. Cannon had stopped writing children’s books…but she’s back with one more; David’s ADHD, to make her children’s collection an even 10.

This post may contain affiliate links through which I may receive a small commission.

We’d like to thank Sherrill for sending us a copy of her latest book, for mentioning me in her Acknowledgements and Thanks, and most of all for becoming a friend and inspiration to our family, over the past 8 years.

David asked Sherrill to write a book for people like him; children with ADHD, and that’s how David’s ADHD came to being. Sharing classroom space with someone who has ADHD can no doubt be trying for all of the people in the room, and this book may help shed some light on it.

I like Sherrill’s description of David having a camera in his head that was connected differently to those of his classmates. His behaviour and inattentiveness and aggression increased each year.

It’s made clear that his parents and family love him dearly, but know that something isn’t right. A doctor diagnoses ADHD and explains:

That some children lacked a certain dimention;

ADHD meant they could not pay attention.

A small lazy link somewhere in the head.

A sleepy connection that wasn’t so good;

It didn’t use sugar the way that it should.

A behaviour plan and new schedule at home and at school was implemented and rewards for good behaviour were won. New ways of doing his schoolwork that allowed him to shine. And time to get his energy spent.

Now he can fit in and his classmates understand. He is accepting his diagnosis and now he can cope with what’s ahead.

David was right; there aren’t enough books made for children on this topic. ADHD is diagnosed much more frequently than in the past, and there are also more ways of building in coping mechanisms and adjusting the course of the day so as to minimise its impact for all. It does take a lot of work, and different things work for different people and may change over time.

David’s ADHD is For Everyone

Children who have ADHD will enjoy David’s ADHD because it explains things in easy language and makes them feel that they aren’t alone in the world. Children who know others with ADHD will be better able to understand their behaviours and hopefully become more understanding of those around them.

Kalpart has once again done the illustrations so that the look of the book is consistent with Sherrill’s other books. And children will be able to spot some of the same characters, as well as search for other book covers that are scattered throughout as part of the illustrations. After you’ve read a couple of Sherrill’s books, the characters will feel like family and you’ll be addicted to the rhyme and morals included in each story.

Sherrill S. Cannon has gained a great following over the years (and she’s won nearly 80 awards to date). She’s a retired teacher with several grandchildren so knows what it’s like from both perspectives, which gives her stories a lovely balance, and they’re told from the child’s perspective so they feel like they’re right in the middle of it, which makes it appeal to everyone.

Don’t forget to have a look into Sherrill’s other books:

So happy to be notified that David’s ADHD is a Finalist in the Reader Views Reviewer’s Choice Contest.

Interestingly, all the Finalists were listed alphabetically by Book, without any designation of category, & the Winners will be announced March 23 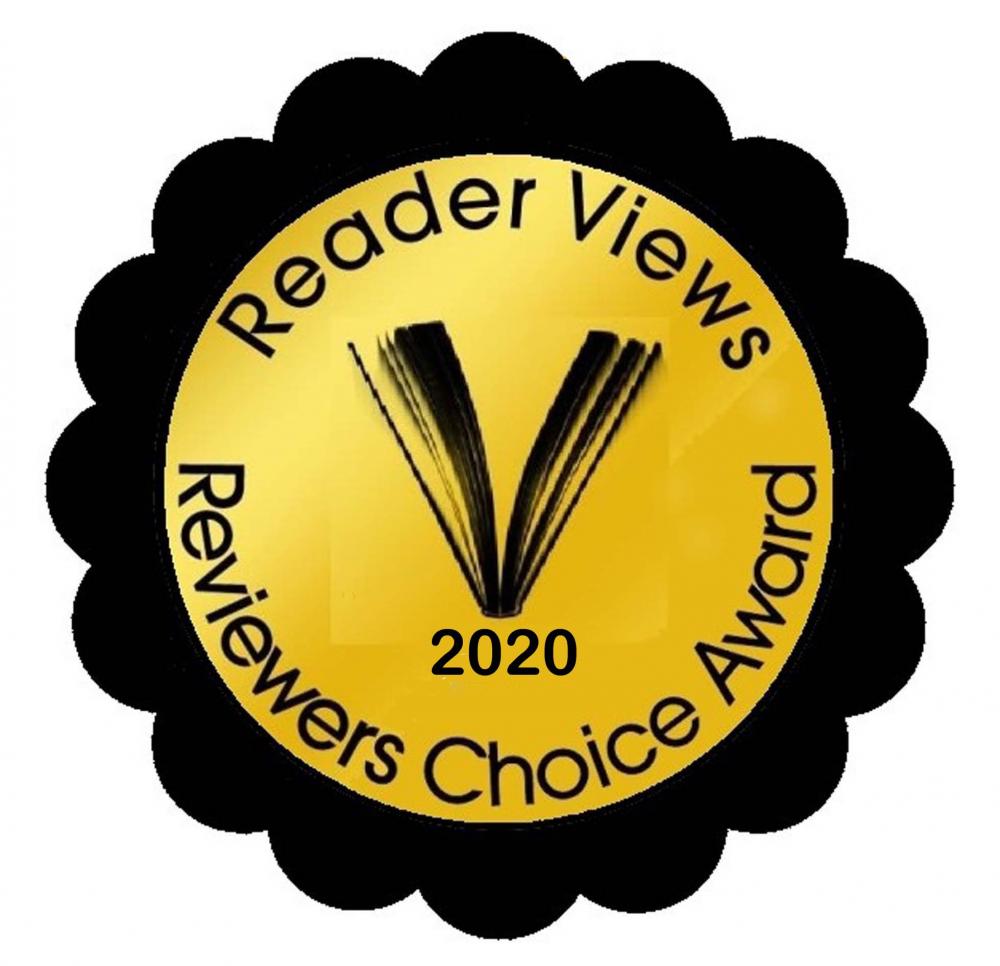 CONGRATULATIONS! You’re a Finalist in the 2019-2020 Literary Awards Program

Well, we so close to wrapping up the 2019-2020 Literary Awards! It has been an honor and a pleasure to read and review your books. To us you are all winners!

Our first go-around is done, and now the books are in the hands of the final line judges to decide on placements (First, Second, Honorable Mention).

Well, you’ll have to wait (patiently) for the next announcement, which we hope to have next week. This is when the winners in the regional/global and specialized/sponsored award categories will also be announced.

So please stay tuned for further updates!  Meanwhile, order a copy of the book to share with your children – especially if they are out of school and need to read!!!

Davey is Member of the Manner-Man Team!

I’m so delighted that Davey‘s Mom sent me this wonderful photo of Davey wearing the Manner-Man shirt his sister, Genesis, wore when she was his age… Geni was one of my Kid-Reviewers, and their Mom, Donalisa, is not only a fellow author but also the Licensed Clinical Social Work/Therapist, LCSW, MSW I thanked in David’s ADHD for her guidance and evaluation before publication.  (By the way, Davey is not the David who inspired the book!)

Thanks for making my day!

So pleased to share this new addition to the David’s ADHD Cover!  Thank you KJ of Kalpart Illustrations.

For many years I sponsored a Fundraiser for CureJM where 50% of the cost of my children’s books went to the CureJM Foundation.  During that time I met many special children, many of whom are mentioned in my earlier children’s books – and many of them are still corresponding with me today.

Aly was one of my special Kid Reviewers.  Here’s her review of The Golden Rule…

Today I received this lovely exchange from Aly’s Mom, which she assured me I could share.

CureJM has additional pressure now, with this Coronavirus threat, so if any of you could donate to the foundation it would help a lot!